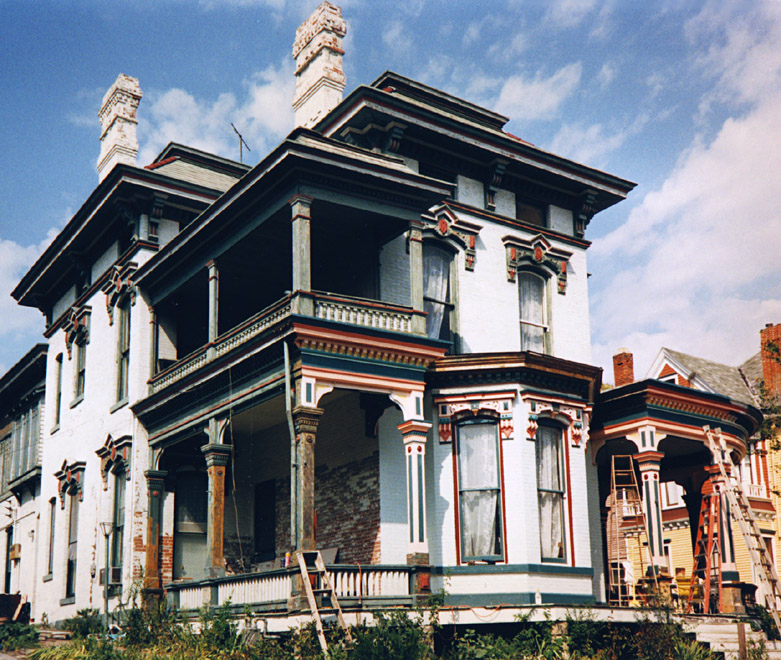 Is That Italianate Smiling at You? Open & Elegant 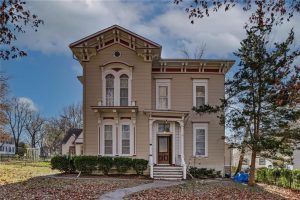 In Kansas City & the Heartland we get many Realtors and people who mistake the Italianate for a Victorian, which comes later. The big differences is usually rounded windows, sometimes a tower, flat roofs with large projecting “overhanging” eaves. Its smiling at you because of its rounded windows (Gothic Influence) and sometimes has a round window above a pair of rounded or oval windows. Many times the tall pair of windows open up onto the porch given the social nature of the house. This Italianate is missing a common element the wrap around porch.

Italianate is considered a style from the “picturesque movement”, a departure from the preceding classical styles of architecture.  As far as I can tell, the style came from Great Britain, not Italy.  It’s details though, are based on the 16th century Italian Villas of the wealthiest class.   In America, there were some built in the 1840s, but Italianate houses were predominately built here between 1850 and 1890.

The most common details that define the Italianate style, include roofs with wide overhanging eaves.  Large, sometimes paired, decorative brackets appear to support the wide overhang.  Front porches and porticos are common, usually with low, almost flat roofs that almost always have the same decorative eave brackets.  Unfortunately, many Italianates have lost their brackets, due to lack of maintenance, or they were hacked off to make it easier to install aluminum capping.

The windows are often tall and narrow.  Many have arched or curved tops.  Since glassmaking technology now allowed for larger panes, 2 over 2 light windows were becoming more common. Decorative, projecting hoods often cap the windows, like a crown.  The main entry doors are often pared, with thick decorative raised panels.  Some have arched top glass in the upper half.

The form of the Italianate varies as it seems that the above details defined the style.  A rectangular shape is the most common, followed by square.  They tend to be tall and narrow, partially due to high ceilings.  Some have a square cupola or tower.  Roofs tend to be lower pitched than previous styles, but there are some with extremely steep gable roofs.  Angle bay extensions, with flat roofs, are also common.

Since this style was being constructed well after the start of the industrial revolution, many of the applied architectural details were mass produced.  These were distributed widely, thanks to the railroad network.  Some of the decorative elements on a Denver mansion of a very wealthy family could be identical to those on a Pittsburgh factory worker’s row home.  It’s not unusual to find that an older building was “updated” by having a handful of Italianate details applied.

Much of the style’s popularity can be credited to architect Andrew Jackson Downing, whose own Italianate home designs were featured in two books he published: Cottage Residences (1842) and The Architecture of Country Houses (1850). Widely read by designers and the public alike, his influential book set off a wave of Italianate home building around the country. The best surviving examples are wood frame with clapboard exteriors. The style waned during the economic depression of 1873.

Of the many Victorian-era variants represented in Washington, DC’s historic neighborhoods, Italianate is one of the most passionate feast for the eyes. Washington dwellings in this style generally date from 1840 to 1885, with the majority built in the immediate aftermath of the Civil War. The expense and craftsmanship lavished on the exteriors offer testament to the prosperity and optimism of the era. An attractive group of Italianates can be seen at 204 Ninth Street SE. The 600 block of East Capitol Street NE also has good examples.

Unfortunately you are going to have travel outside Kansas City to find all the amazing Italianates in the Heartland. 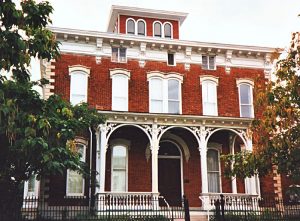 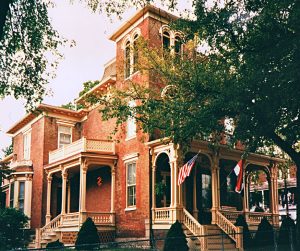 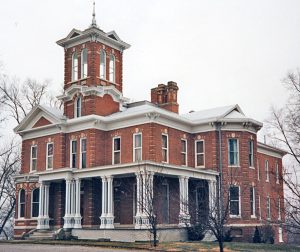 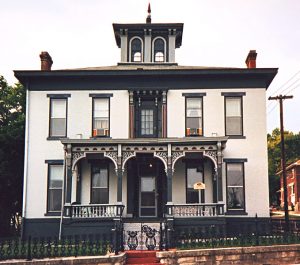 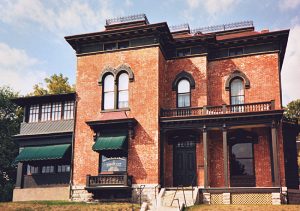 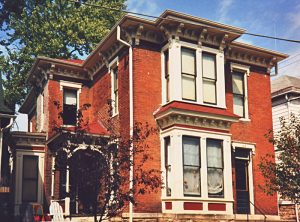 Franny Knight is a 13 year Real Estate Veteran in the Kansas City Missouri Metro and Johnson County, KS. She specializes in the Urban Space of KC , historic homes, neighborhoods, condos and a depth of knowledge of all things in Urban Living and Development. She has a Master’s Degree in Community Psychology from Wichita State University! She played on scholarship both Volleyball and Basketball first at Labette Community College in Parsons, KS and then transferred to WSU to finish out her basketball career. She continues to stay fit and healthy mostly by walking her babies, Dexter, Snoop & Ruby daily on varieties of trails throughout the metro. In addition to being a full-time Realtor, she teaches and coaches Realtors iimprove their marketing with Social Media. Prior to being a Realtor, she was a Public Speaker and Trainer for Creative Marketing & Thinking, Social Media Marketing, Communications, and Negotiation.